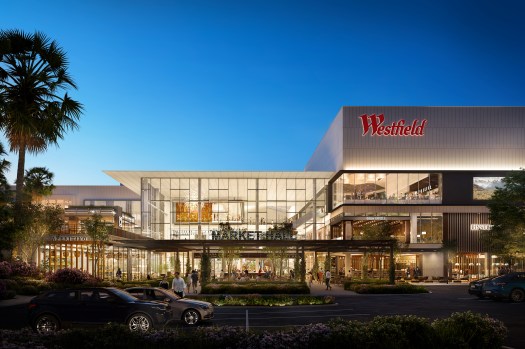 Construction will begin in a few days on a long-vacant Sears building near Westfield Topanga mall in Warner Center, according to representatives with the mall’s owner, Unibail-Rodamco-Westfield.

The Paris-based mall giant will transform the 160,000-square-foot former department store into a posh entertainment complex with an upscale movie theater, bowling alley and restaurants.

The property, designed with three levels of glass and landscaping, will feature a grand entrance for Westfield Topanga, connecting the mall with The Village, across Victory Boulevard, making the area more walkable for visitors. The $250-million development is slated to open in late 2021.

“The thing that is really missing there is a significant dining and entertaining district,” said Larry Green, Unibail-Rodamco-Westfield’s executive vice president for development. “What we’re doing is taking down the former Sears store and turning that space into a new front door for Topanga”

The company says the Sears building at 6600 Topanga Canyon Blvd. in Woodland Hills will feature a chef-driven Food Hall along with upscale restaurants, lounges and cocktail bars, entertainment and recreational activities and landscaped indoor and outdoor public spaces and plazas.